On Monday, February 11, 2013 at precisely 12:02 p.m. CST, NASA launched the next satellite in the Landsat series. The Landsat Data Continuity Mission (LDCM) satellite, the 8th in the series, will continue the legacy of worldwide earth observation that started 40 years ago with the first Landsat satellite. Landsat image data are critical in areas such as energy and water management, forest monitoring, human and environmental health, urban planning, disaster recovery and agriculture.

Watch the liftoff of Atlas V below.

The LDCM satellite is a joint venture between NASA and the U.S. Geological Survey (USGS). The new Operational Land Imager (OLI) onboard Landsat 8 will capture two new spectral bands to observe coastal zone characteristics and detect cirrus clouds. Also on Landsat 8, the new Thermal Infrared Sensor (TIRS) will detect land surface temperature in two new narrow thermal bands. Additionally, refinements were made to the remaining Landsat heritage bands. Other changes include a “pushbroom” design for image data capture along the legacy 185-km wide swath and a 38% increase in the number of scenes captured per day compared to Landsat 7.

The first scenes from Landsat 8 are expected to be available 100 days after launch. Search, preview, and download Landsat scenes from previous missions from the USGS LandsatLook Viewer.

Scene footprints that cover Texas in the Worldwide Reference System-2 are shown below. Every scene, or path/row designation, is imaged every 16 days. See near real-time image acquisition at the USGS EarthNow! Landsat Image Viewer. 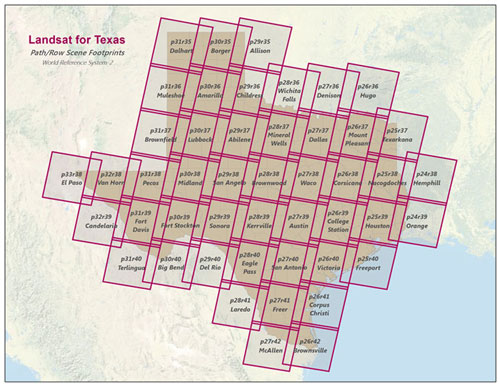 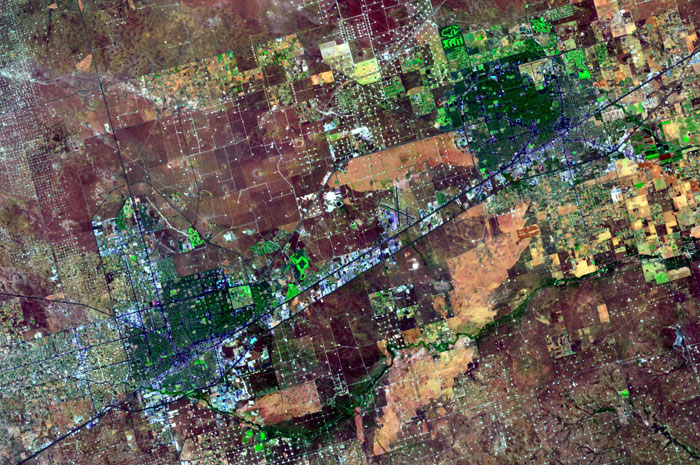 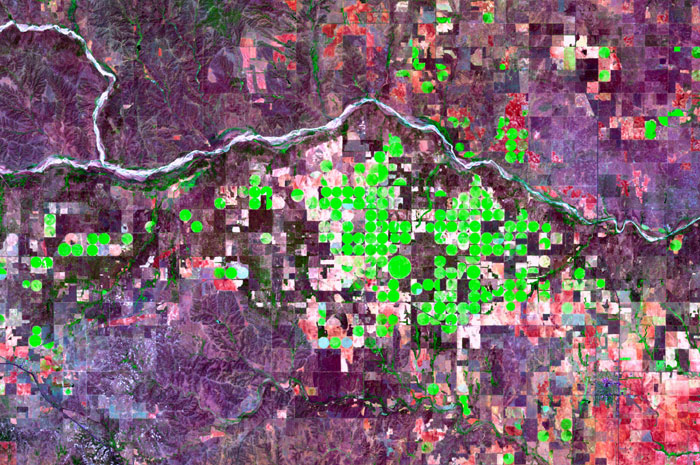 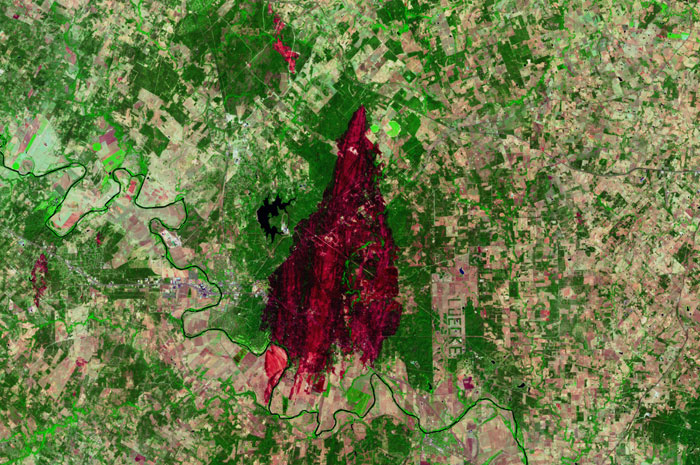